Showing posts from June, 2015
Show all

So Glad Cierra is Back! 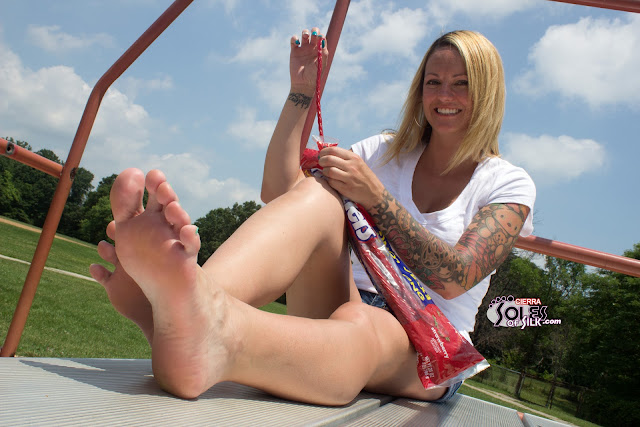 Cierra's big return set on Soles of Silk was published this week. I did something this week that I've done numerous times since I opened Soles of Silk . When I did it this time, however, it felt just a little bit different - a little more... special! If you haven't been to the site since the Wednesday, June 24 update, or haven't been frequenting the site's Twitter ( @SolesofSilk ) or Instagram ( @SolesofSilk ), then you might not have heard the amazing news. Cierra is back! Although it was a week and a half ago when I shot three amazing solo sets of Cierra and then an impromptu set of her with Mindee , actually adding her set the site this week made it feel real! For far too long one of my site's most dependable, fun loving, and in all honesty, cutest models, has been absent. During that entire span, you wouldn't believe how many emails, forum posts, tweets, or Instagram comments I had asking about her whereabouts. And although I won't go in
Post a Comment
Read more 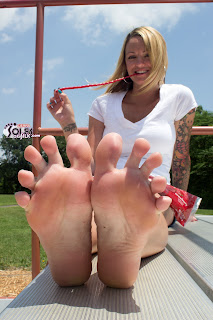 This week's update includes the following items: Photos  -  Cierra is back and her sweaty feet are glistening in the sun as she sticks some extra long licorice between her toes at the playground (61 images) Videos  -   Kaycee found some squishy blue balls and what else would she do with them besides squish them, of course (129 MB - 1080p HD) Interviews  - 1 new Return to Soles of Silk interview with Cierra has been added to the Interviews section Interviews (Wu's Feet Links)  - 1 new interview with Goddess Brianna has been added to the Wu's Feet Links Interviews Blog | Read Interview | *explicit Join   Soles of Silk  today to see this and over 10 years of foot fetish content! You can also find  Soles of Silk  on Social Media &  Wu's Feet Links !
Post a Comment
Read more 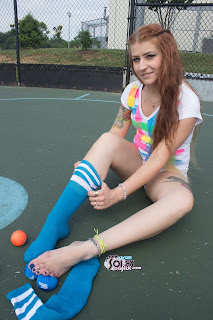 This week's update includes the following items: Photos  -  Kaycee's feet are trapped in the same pair of blue knee high socks that Mindee wore last week, and just like Mindee , she's got her feet smashing some blue balls (80 images) Videos  -   Kaycee peels off her blue knee high socks on a scorching hot day to give her sweaty feet a breather (130 MB - 1080p HD) Downloads (Hur Gallery)  - 1 new poster of Jamie  has been added to the Hur Gallery of the Downloads section Join   Soles of Silk  today to see this and over 10 years of foot fetish content! You can also find  Soles of Silk  on Social Media &  Wu's Feet Links !
Post a Comment
Read more 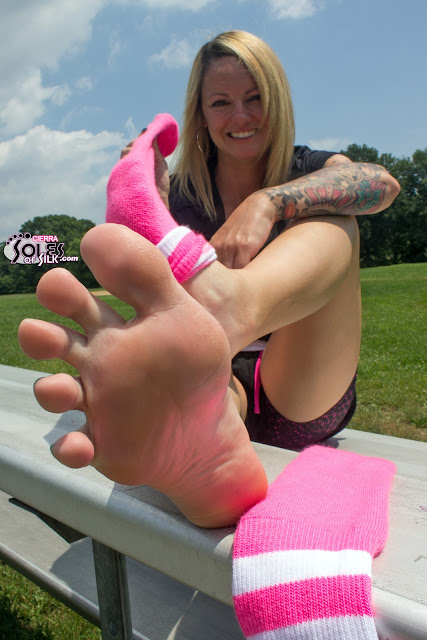 It's hard to believe it's been five years... It's hard to believe it's been five years since I last had Cierra's adorable little feet in front of my camera. The only reason I was still able to post new sets of hers all the way until 2012 was because we had shot so many prior. That's how it used to be. She and I would just shoot any chance we could get and I'd have countless sets of hers just waiting to go onto the site. It's also how she was able to become the first model on the site to break the 2,000 photo mark. Sadly, she has been sitting on 2,079 much longer than I would have liked.  That changed today! Today marked the day that Cierra made her return to Soles of Silk . If you've been paying any attention to the Soles of Silk Instagram ( @SolesofSilk ) and Twitter ( @SolesofSilk ) pages, you would have already been introduced to just what we were doing today - well, aside from both getting sunburns! Oh well, getting torched was totally w
Post a Comment
Read more 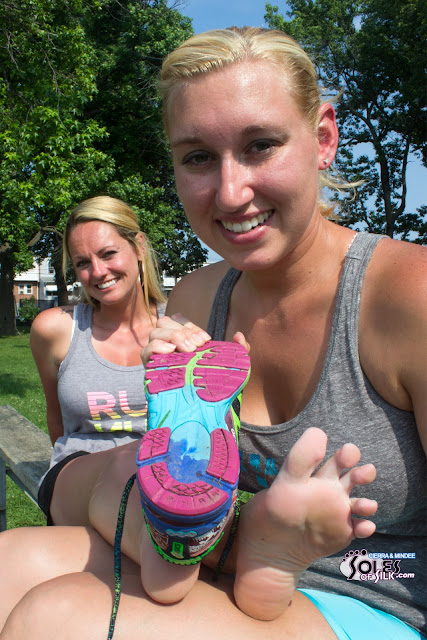 So today was supposed to be the day that Cierra returned to the site after not having posed for me since 2010. Well, that sure happened and then some... If you didn't get a chance, I suggest giving the previous blog titled, " Sunday's Shoot - Cierra " a read. That one covers getting Cierra back on the site after five years, but it also leads up to this one and a little about what your about to read came to be. So there we were, Cierra and I, in my car, heading back from what I thought was going to be the final set on the day. But now I had a set to shoot with both Cierra and Mindee - a dream come true. Both of these girls have been great friends to me and are site originals. I have been wanting to shoot them together again for years now. Little did I know when I mentioned wanting to do that before Cierra and I went out to shoot, that I'd be doing it once she and I finished up. After another stop at a convenience store for a drink, we made our way back to M
Post a Comment
Read more
More posts
Follow @solesofsilk