Showing posts from December, 2012
Show all

Shoots of Christmases Past 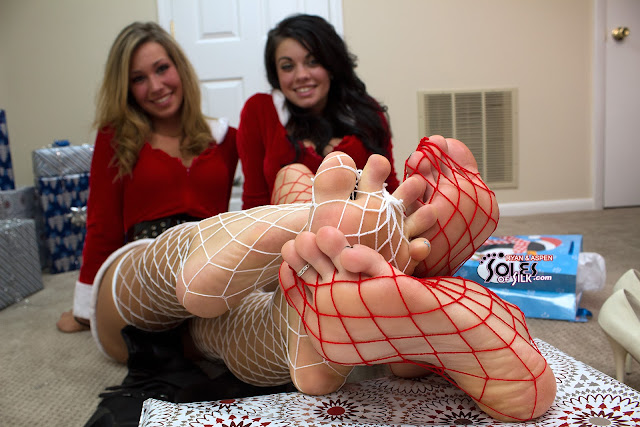 Talk about 4 presents I'd love to unwrap... The blog below was originally published in  Soles of Silk's  Column section. It was archived and then republished here in 2016. This year's Christmas update featuring Ryan and Aspen in their  Red & White Fence Nets is one of the biggest sets ever posted on Soles of Silk. I had been itching to get these two girls together since Aspen's debut in August. They're good friends and I knew they'd bring down the house - and they did just that. With everyone focused on Ryan's and Aspen's size 8 feet this update, I want to also remind all of you new members of the Shoots of Christmas Past, if you will. There have been many other great sets that I've posted for the holidays in years prior. So for all of you who need a little bit more Christmas cheer, check out the following shoots and clips that the Soles of Silk models have done over the years: Photo Sets  Christmas Fencenets w/ Ryan & Asp
Post a Comment
Read more

A Taste for Asian 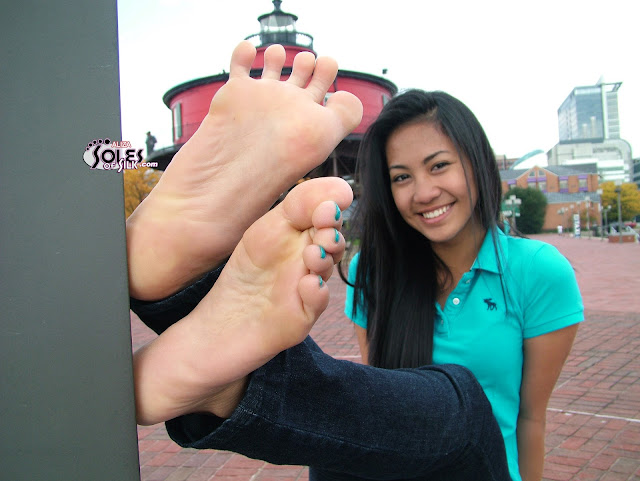 I just find Asian women, like Aliza, to be so exotic. The blog below was originally published in  Soles of Silk's  Column section. It was archived and then republished here in 2016. First of all, this column is NOT about Asian food. To be honest, I don't really care for it at all. What this column is about is my soft spot for females of the Asian variety. And while I have a strong attraction to Asian girls, this column is not putting any race over the other. So what is it about Asian girls that gets me going? I don't honestly know. It's like trying to explain why you have an attraction to feet. You just do! And to make matters worse, this attraction has become stronger over the years. It's too bad I don't know any Asian my age since I'm currently single. With as strong of an attraction as I have to Asian girls, I've never dated one. In all honesty I haven't known that many in my age range. College was probably the exception and there was a
Post a Comment
Read more

A Contest is Looming

The blog below was originally published in  Soles of Silk's  Column section. It was archived and then republished here in 2016. As I've done for the past few years, the first update of the New Year (January 2, 2013), will feature an all new Soles of Silk Trivia Contest. For those of you who are new, or unfamiliar with the contest, I've been doing it for several years now and it gives people a chance to win free membership time in the form of seven (7) prizes. There are two (2) grand prizes of 3 month memberships and then five (5) runner up prizes of 1 month memberships. Both members and non-members are able to win the prizes. The way the contest is scored is as follows. There are five main question groupings. The first group of questions are worth one point each. The second, two points. The third, three points. The fourth, four points. And finally, the fifth, five points. The adds up to 75 points. To make the scoring based off an even 100 points, I have a 25 point bon
Post a Comment
Read more
More posts
Follow @solesofsilk