Showing posts from March, 2007
Show all

The blog below was originally published in  Soles of Silk's  Column section. It was archived and then republished here in 2016. I will be the first one to tell you that I am happy to see members and even non-members writing to me about what they like about Soles of Silk and what they want to see on the site. But then there are those e-mails that are just so far out there that they get annoying. One of those overly annoying things has been happening a LOT since I created a MySpace page for the site. That one annoying thing is the guys who write to me that they want to suck my toes and do all these other kinky things to me. Up until now I have always responded with a pleasant, "Sorry, you've mailed the Web master, not model-x, but I am glad you enjoyed model-x." But seriously, after getting about seven of those kinds of messages in one day on MySpace last week I got a little pissed and wrote a bulletin about the situation. Now some may argue that it is confusing that
Post a Comment
Read more 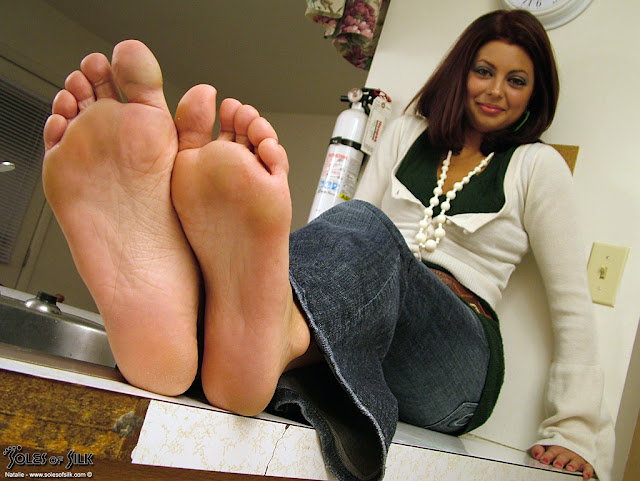 Natalie is Soles of Silk's newest addition to the model roster. The blog below was originally published in  Soles of Silk's  Column section. It was archived and then republished here in 2016. This week marks the arrival of a new sole mate named Natalie . I met Natalie at a friend's Super Bowl party not too long ago. If you read her mini-profile on her model page, then you'll know that she is also Bethany's cousin. When Bethany introduced me to Natalie we made some small talk and the conversation led to the site and Bethany's pictures. I ended up asking Natalie if she'd like to pose, and although I did not get an answer immediately, I was in contact with her shortly thereafter and made plans to do a photo shoot with her for the site. Natalie was not the only girl I met at the party who is supposed to be modeling for the site, however. A girl who I was introduced to, who is the younger sister of two guys I knew growing up, approached me and said hello.
Post a Comment
Read more
More posts
Follow @solesofsilk