Showing posts from January, 2012
Show all

The Start of a New Year 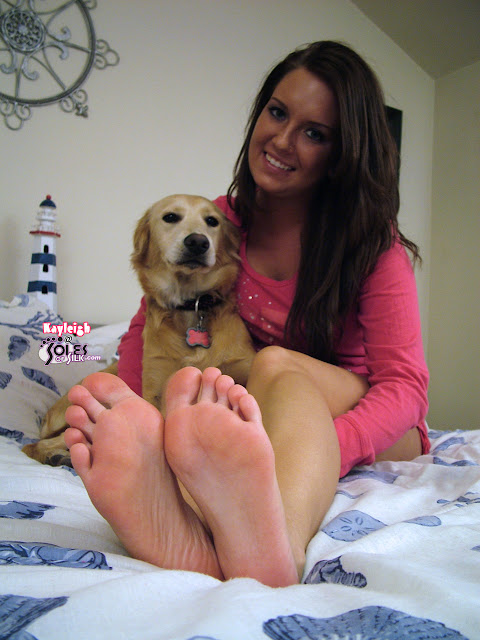 A shot from one of today's sets with Kayleigh. The blog below was originally published in  Soles of Silk's  Column section. It was archived and then republished here in 2016. It's hard to believe that it is 2012 already. This update is the first update of the year. I want to take a few minutes to go over some items of interest. So, here we go: Shooting w/ Kayleigh Today also marks the first shoot of the year - with Kayleigh . I just came from her house from doing two sets. The photo at the start of this column was done after our second shoot of the day. Her dog kept wanting to get onto the bed during the set, so at the end, I told Kayleigh to get her up there and do a fun shot for this column. Also from this first shoot with Kayleigh is my new head shot for these columns - the photo above. I've been trying to change the head shot each year. With having Kayleigh's little feet before me, I mentioned the idea of having her feet in the shot and she agreed. We
Post a Comment
Read more
More posts
Follow @solesofsilk