Showing posts from May, 2006
Show all

The Return of Krystie 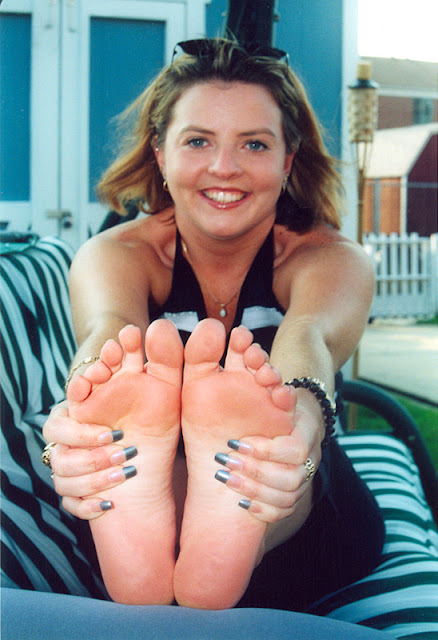 Krystie, another former model of mine will debut on Soles of Silk soon. The blog below was originally published in  Soles of Silk's  Column section. It was archived and then republished here in 2016. A couple of weeks ago I wrote a column about the return of one of the models from the days of The 10 Little Piggies. That model was  Wendy and her post last week was welcomed by those who remembered her from years ago. She was also welcomed by those who never saw the old site. Well, another model from The 10 Little Piggies looks like she will be coming back as well. Krystie and her size 6 feet should be posing for me in the not too distant future. Krystie was a girl I met in college when I was still working on The 10 Little Piggies site. I didn't really know her, but she sat right by me in a class and was ALWAYS wearing cute shoes that showed off her feet. One day I finally got the courage to ask her if she'd like to pose and she was flattered that I asked. If I remem
Post a Comment
Read more

The blog below was originally published in  Soles of Silk's  Column section. It was archived and then republished here in 2016. On Mother's Day I decided I'd go to church with the family because I knew it would mean a lot to my mom. I don't usually do the church thing, but the church my mother goes to is very relaxed and modern. It isn't the strict formal church setting at all. Being it was Mother's Day, moms were all over. I had only attended her church a couple of times in the past and it was during some of the colder months. Sunday was by no means hot, but it was still nice enough for skirts and sandals. Now you've heard so many stories from foot guys saying how hard it was to concentrate in class with a cute female sitting in front of you in flip flops or a teacher dangling her heels off her stocking clad toes, but am I the only one who thought I would be struck by lightning right there in church because there were pretty feet distracting me from the se
Post a Comment
Read more

The Return of Wendy 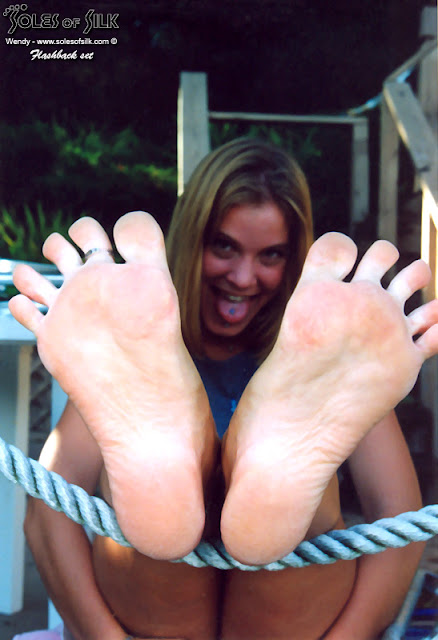 Wendy will make her Soles of Silk debut very soon! The blog below was originally published in  Soles of Silk's  Column section. It was archived and then republished here in 2016. Now that the Flashback section has been added to the site, it is only fitting that I hear back from a model who used to be one of, if not the most popular from the days when I ran The 10 Little Piggies. Her name is Wendy and she has some killer size 8 feet. This sample shot above was one of the ones people seemed to love several years ago. Wendy and I went to art school together and she was always a blast to hang out with on breaks between class. She posed for a few of sets for me back in the day, some of which I will be posting in the Flashback section once it gets going. It has been a few years since I have seen Wendy and I look forward to catching up with her. I had talked to her in the middle of last year about posing for the site, but we never got together. As long as weather cooperates Wendy
Post a Comment
Read more
More posts
Follow @solesofsilk