Showing posts from January, 2011
Show all

In Their Words - Interview Section Improvements 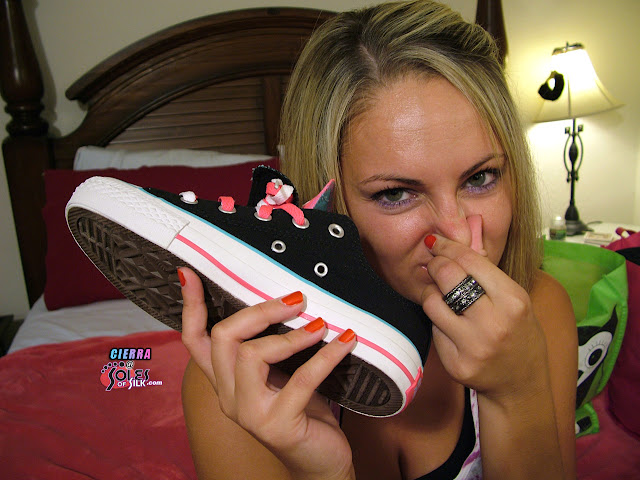 Cierra took part in the site's first ever, model interview. "I absolutely love Converse and I love doing sets that were my idea!" - Cierra The blog below was originally published in  Soles of Silk's  Column section. It was archived and then republished here in 2016. As some of you might have noticed with this update I have changed the layout of the Interviews section. This was done not only for design reasons, but because I wanted to begin showcasing follow up interviews, interviews conducted on other sites (like Wu's Feet Links ), and maybe even some future member generated interviews. At this point, I have titled all the initial interviews that appeared on the site as "introductory interviews," since most of the girls completed them immediately after their debut. Of course there were some other girls who took forever to do theirs (right Kelsey ?), but the same standard interview questions were sent to each model. Two of the models on the
Post a Comment
Read more

Cierra Slides Past Madison as Most Photographed Model 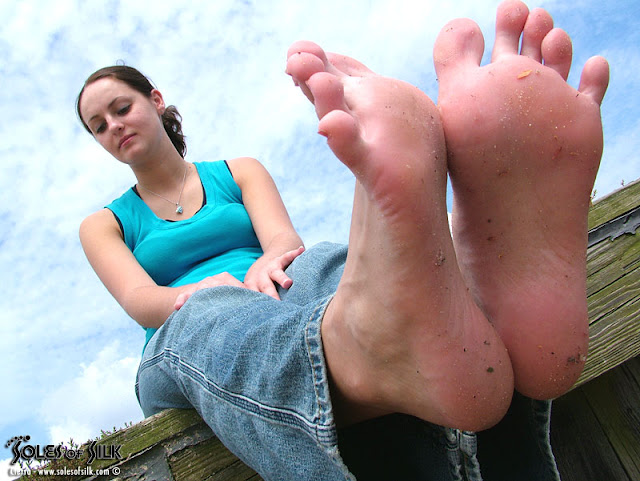 The blog below was originally published in Soles of Silk's Column section. It was archived and then republished here in 2016. Since this site opened, one model had sat on top with the most photos of any of the others. That model was Madison . I say "was" because with this week's Baby Oiled Feet set, Cierra has slid past Madison's total of 1,832 photos with her 1,844. It's only 12 photos more, but more photos nonetheless. Both girls have 28 total sets as well. Truth be told, Cierra would have overtaken Madison's total months ago, but I decided to hold the several sets I had of Cierra's back. Cierra was unable to pose for a few months and I wanted to make sure all of her fans were getting at least a small taste of her little feet every so often. With her Baby Oil set now posted, I'm only sitting on one more set of hers, which is previewed below. It is a blueberry pancake and syrup set. We thought it would be a small nod to one of her early sets whe
Post a Comment
Read more
More posts
Follow @solesofsilk