Showing posts from October, 2009
Show all

Treats, No Tricks this Halloween 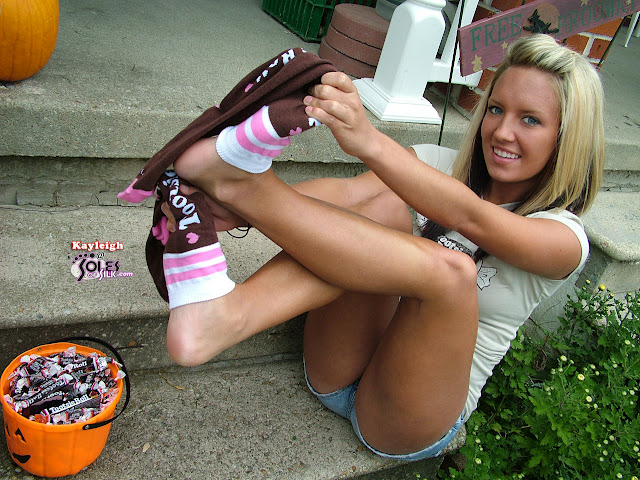 Kayleigh wanted to pose on the day she turned 18. Who was I to argue? The blog below was originally published in  Soles of Silk's  Column section. It was archived and then republished here in 2016. This year for Halloween you won't have to worry about any kind of trickery - it's going to be all treats this year... and this is one place the saying, "trick or treat, smell my feet," actually holds true. Let me explain. On Monday, October 12 a coworker finally turned the big one, eight as in 18. Her name is Kayleigh and she has known about the site for some time. A number of the girls at work have posed for me and you know how girls can talk. Well, with this coworker's birthday being in the month of October, I asked her if she wanted to be my Halloween update. Kayleigh agreed and told me she was open to pose on her actual birthday. I was pumped. If you haven't done so yet, you can catch a glimpse of Kayleigh on this week's Coming Soon previe
Post a Comment
Read more
More posts
Follow @solesofsilk