It seems like I have a lot of models who are ready to shoot some new sets. It'll be the first time for most of them in more than a year, minus Allie, Juliet, Kaycee, and Ava, who modeled for all my 2020 sets. Now, a few months into 2021, I have more than 12 models who have said that they'd like to shoot again soon, with tonight's announcement.

Last Monday I named nine different models in the blog, "Setting up Some Shoots Soon, Hopefully," who have expressed an interest to do some new sets. Those models included Noelle, Noelle's sister (new), Alice, Leah, Allie, Juliet, Jasey Rae, Ava, and Kaycee. I go into some details about the conversations I had with each of those models.

A couple of days later on Wednesday, I published, "Ginger to Return After 11 Years?" It's pretty much what the title says. Ginger, who last shot in 2010, told me that she would be more than willing to shoot some new sets. It took me forever to get her to shoot the first time too. I felt so happy when she agreed the first time. This will be a return that I will very much be looking forward to for many of the same reasons.

When Saturday rolled around, another blog was published, this time about Emerald. "Finding an Emerald Again" talks about a recent conversation I had with Emerald where she says she's... can you guess? Ready to shoot again. She's always been someone I've loved shooting with, so that was some really good news. It has been over three years she last shot, although her last remaining set was published to the site on February 3, 2021.

Now it's Sunday and you've already seen Shelby pictured in this blog and in the title. That can only mean one thing! Those super soft soles are going to be in some new sets soon too. How soon? Well, we're aiming for this weekend. She told me she's going to get her toes done and I've been thinking of some set ideas.

One thing I've always loved about both Mindee and her mom is they don't waste any time. If they have an opening, they make plans and are ready to go. Luckily for me, Shelby had the opening so soon. Getting in these sets so early in 2021 means I'll be sure to schedule with her again throughout the spring and summer too. I already told her to prepare for some sneaker sets with no socks when it gets hot outside.

All of this weekend's sets will be solo. No Mindee (daughter) or Dolly (mother) in these ones. While I love shooting those duos and trios, especially since it involves mother/daughter and mother/daughter/grand-daughter combinations, I need to focus on getting more sets right now to start padding out how many I have ready to go. I've always liked to have six or more month's worth of content ready to go in case something happens. You know, like the current pandemic?

My aim for Saturday will be to shoot four of five sets with Shelby in her brand new house. We have some ideas already in mind, but the others might just be some spur of the moment ideas. As Mindee can attest, sometimes those are the best anyhow.

As long as everything goes to plan, Shelby will be the first person to shoot new photos here in 2021. I can't wait. She's always a fun time. I wonder if we should send photos of me rubbing her feet to Mindee? Mindee sure was jealous when I did it in front her of that first time I shot the two of them together. No, I'm not mean either. Mindee has been busting my balls for the entirety of our friendship. It's nice to get in my moments when I can. 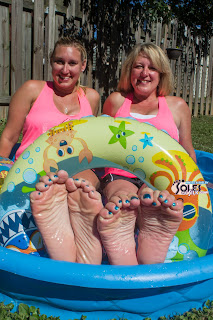 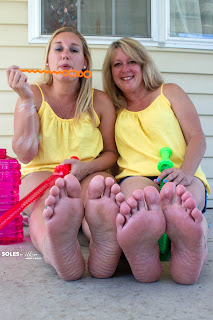