Damn! It's been over a year since my last entry into the "Would Love to Shoot" blog series. I couldn't tell you how many times I've gotten the idea to add a new entry, only to get sidetracked by something else in life. Well, it's back and is featuring a special theme. All the foot models you'll find in here will be ones I discovered through Instagram.

You might have noticed that I added a "Part 1" behind the "Instagram Edition" in the title here. Confusing, I know! This entry is "Part 13" of the series overall, but is "Part 1" of ones that will carry an Instagram theme. I had a hard time figuring out who to put into this entry because I've come across numerous women on Instagram whose feet I'd love to shoot. And instead of breaking with the tradition of three models per installment, I figured I'd do another Instagram themed entry down the line.

Now with all that mess out of the way, let me refresh everyone what this blog series is all about. For the last 12 years I've photographed numerous models for Soles of Silk. Most of them have been personal friends, or friends of those friends. Rounding out the rest of the model roster are women who either run, or have ran their own sites, or ones who model for numerous sites. I've been lucky enough to shoot with these women, whose work I was a fan of prior to them coming to shoot for Soles of Silk. This is what inspired this blog series back when I wrote Part 1.

Although the likelihood of getting to shoot all of the models I have written about in this blog series is slim, it has actually happened. In Part 5 Rachel DD was mentioned and then in Part 9, Lela Beryl. Both were so fun to work with so there is always that chance! Many of the models who I've featured in this series I've become friends with online and we've always said that if one of us is in the other's area, let's get together and shoot. So maybe, just maybe one of these ladies could find their way onto Soles of Silk. Even if not, that is just fine. These women deserve to be mentioned simply because I adore them and I think you should check them out. Now, onto the first ever "Instagram Edition" of the "Would Love to Shoot" series: 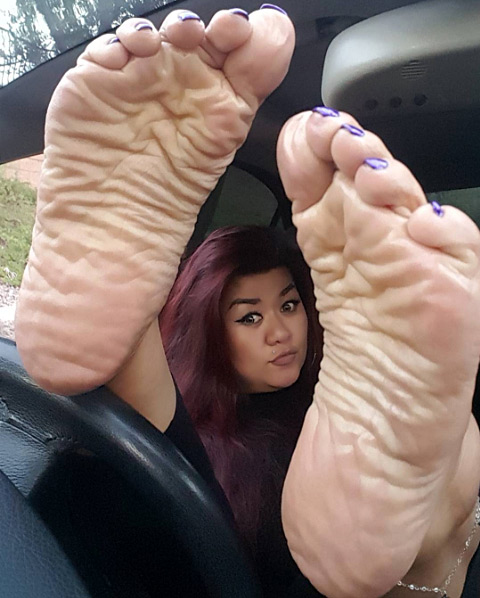 I honestly only discovered Candy Crush about a week ago. The little video that caught my eye has since been removed from Instagram because, well, you can't be naughty on their platform! It makes for a much more sticky situation than the one that happened in her video. And that one was really sticky!

All kidding aside, I sent Candy Crush a private message just to say that I enjoyed the photos and videos she posts and she got back to me right away. She was quite personable and we carried on a conversation that lasted for a while. I didn't mention that I was going to include her on this blog because I thought it would make for a fun little surprise.

Sadly, Candy Crush lives on the opposite side of the country. She said if that wasn't the case she would "surely" model for me. I would be loving life if that was the case. Seriously, look how tender those soles look. They'd fit right in on a site called "Soles of Silk." 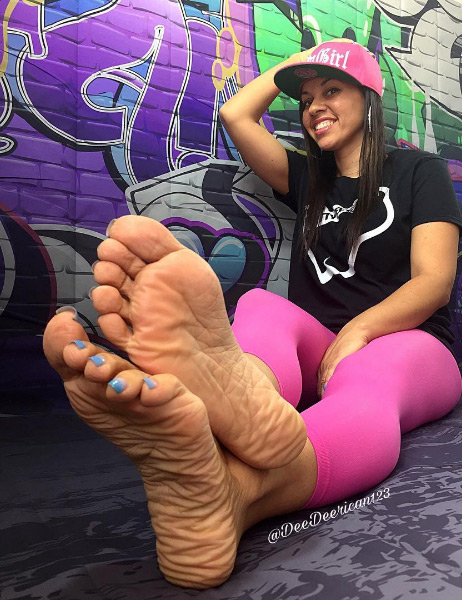 Of the three women on this installment, DeeDee is the one I've been following the longest. I was immediately drawn in by her super wrinkly soles. I just couldn't get enough of them.

I've only talked with DeeDee briefly when I sent her some compliments early on. She has a ton of followers and I am sure she's swamped with direct messages and comments on all the stuff she posts daily. One thing I have always wanted to ask her, however, is if the "Rican" in "DeeDeeRican123" stands for her being Puerto Rican. The reason why I want to know is because when I used to date Abby (from Soles of Silk) back in my college days, we always used to joke that her super soft, and endlessly wrinkled soles was from her Puerto Rican genes. So if DeeDee is also Puerto Rican, I'm just going to have to say that the genes idea is now confirmed! I did show DeeDee's photos to Abby and said she was right all along.

If you're not following DeeDee, be sure to check her out. She's one of the most regular posters I've seen on Instagram. And for all of you who always complain about wanting to see "more toe shots," "more sole shots," or whatever your fancy, she does a wide variety and you're bound to find lots of shots and video that you'll like. I know I do! Those soles... 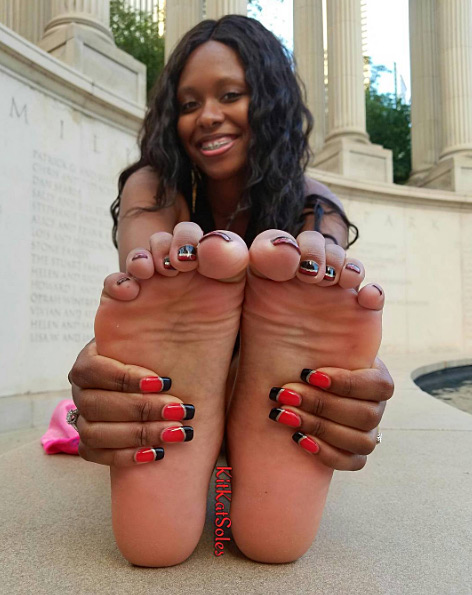 This little beauty with big, size 10 feet is Kit Kat. Seriously, I loved her from the moment I saw her. We exchanged a few direct messages back when her account had a lot less images and videos. She seemed really down to earth and hasn't changed now that she's gained so many more followers.

Back when we talked I did tell her that I was thinking about mentioning her in one of these blog entries. She was the first one from Instagram that sparked the idea to do an all Instagram installment. She was a no brainer for me to have featured in this first part because of that.

I have no idea where Kit Kat resides, but I sure would love to find her smooth soles directly in front of my camera. She looks like she has so much fun in her photos and that has always been something that I have adored. Now if I could just adore those perfect feet in person...

* The majority of the photography seen in this blog series does not come from Soles of Silk. Please see the watermarks on the photos themselves for the ownership of each picture.